MGR-IInd is a G-Force mecha created by Toho that first appeared in the 1999 video game, Godzilla Generations: Maximum Impact.

MGR-IInd's name probably is derived from M.O.G.U.E.R.A.. The "IInd" part of its name most likely means "second," making its full name "M.O.G.U.E.R.A. The Second".

MGR-IInd is radically different from M.O.G.U.E.R.A. It is very massive and bulky, with a very small head which has no neck and has a small non-drill 'mouth' which is permanently placed on top of its huge chest. Underneath that, there is a metal circle which resembles the one M.O.G.U.E.R.A. has. Its upper body is connected to its lower body via a thin waist. Its lower body is nothing more than tank treads with blue M.O.G.U.E.R.A.-like 'thighs' or 'hips' covering them. Its shoulders are spherical and have two limbs each, which in turn each have stiff 'drills' which open to release ammunition against targets.

MGR-IInd has NT-1 artificial diamond coated armor. MGR-IInd possesses several large maser cannons for arms as well as a central one in its chest similar to that of MOGUERA, and is armed with a hyper vibration missile and a plasma cannon. It is powered by a laser nuclear fusion reactor allowing it to reach speeds of 140 kilometers per hour. It has a crew of 3 people. 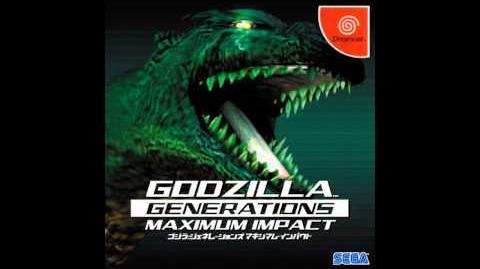