I have a question, why exactly is godzilla vs kong part 2 happening? From what I gather both of them made peace at the end of the film so why would they be fighting again?, maybe mind controlled by aliens but like do we really need to see a rematch? Thats the one of the few criticisms I ever had about the godzilla films is they often had godzilla fight the same foes and that got boring after a while.

I mean I suppose they could do minilla vs son of kong but it wouldnt be that much different.

I felt they could have saved mechagodzilla for this sequel and had godzilla and kong vs their mecha counterparts, how epic would that have been?

Here, YouTuber Paper Finz reviews another of the more obscure "monster" movies - this one been the 1956 film Warning from Space made by Daiei Studios (the creators of Gamera) and featuring a bunch of one-eyed alien starfish (the Pairans) who are trying to help humanity before they and Earth are wiped out.

As stated in the description, this film also has the honour of being the 1st Japanese science fiction movie to be in colour. 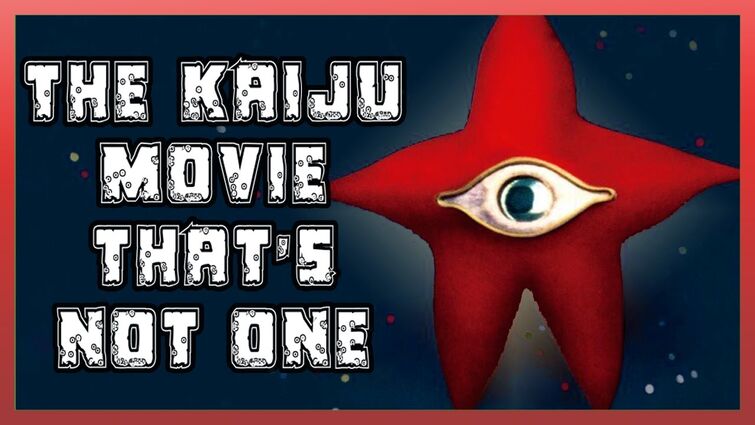 The Kaiju Movie that's not one | Warning from SpaceYouTube 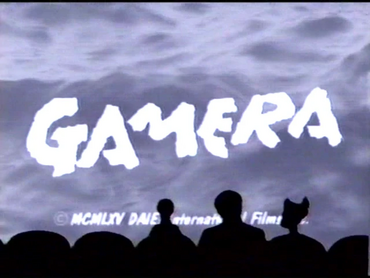 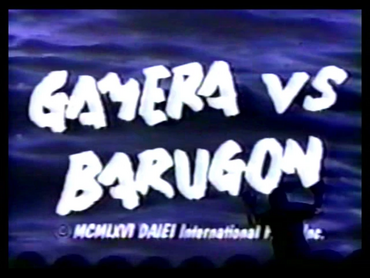 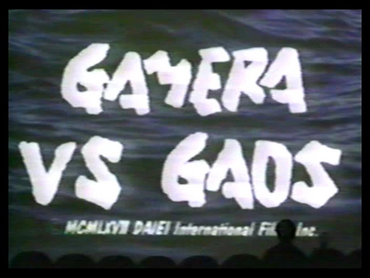 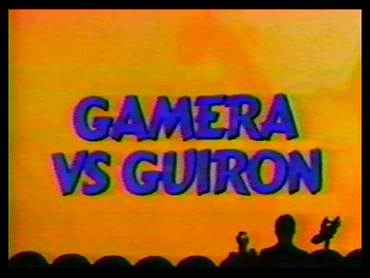 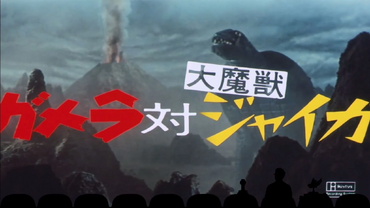 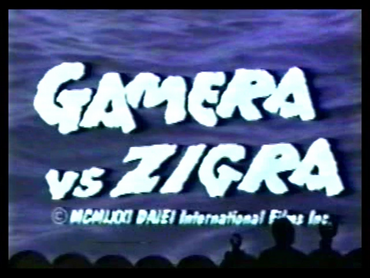 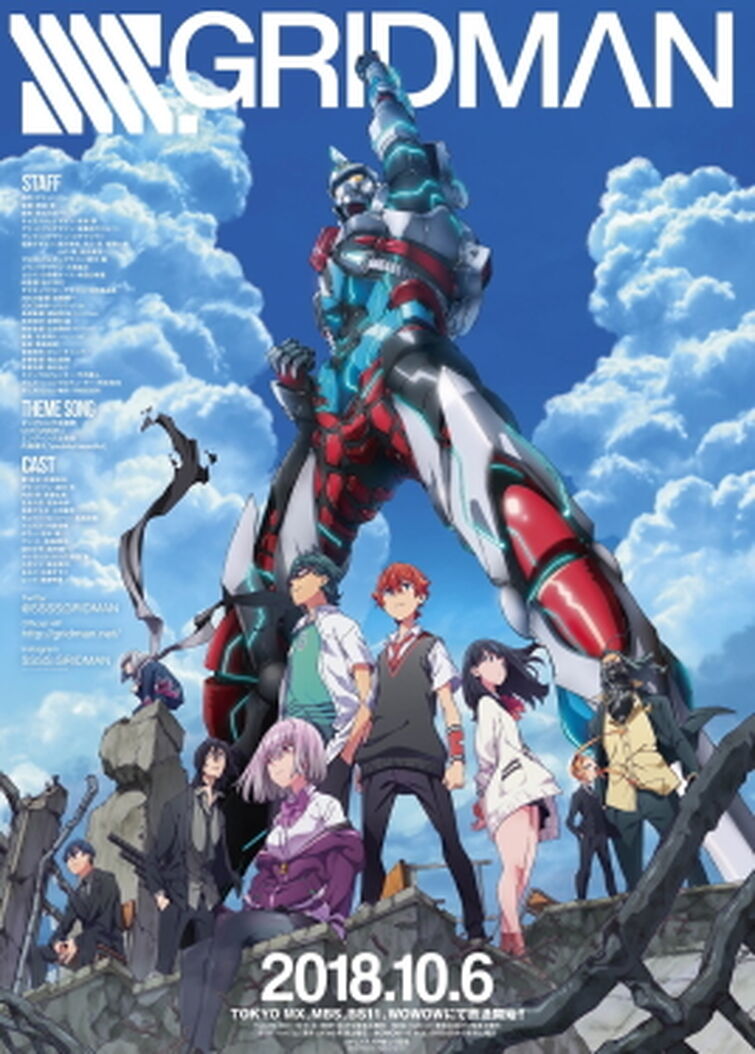 Recently I have had the chance to watch SSSS Gridman and I did because I had heard that it was good (also it is by Trigger and I love them). When I watched it, though, it blew me away and left me amazed. I ended up watching all 12 episodes over the course of two days. I haven’t made a review in a long time but I wanted to give this show one. Anyway, I’ll stop blabbing and start reviewing.

To start, the story is really good and it runs fluidly throughout the series. When I saw that it had 12 episodes, I was a bit worried that it would feel rushed in some parts like BNA (Brand New Animal) but it never felt like it was at all. The story also plays on many Tsuburaya show tropes and layouts while not feeling like one of the normal shows you would find made by or in accordance with them.

The story is nothing without the characters though as they are central to this show’s plot, perhaps even more so than many other shows. In fact, without the characters, much of the events themselves would not progress. On top of essentially being part of the plot, the each have their own personalities and make them quite fun to watch. They are written to have strengths, faults, interests, dislikes, and many other things that you would expect to find in good characters. Many of the characters also go through development because of the actions in the show. To put it lightly, they are very well written.

The show also has a lot of in depth meaning behind it as well which is nice. In fact, I think that there are multiple. This can be concerning as too many messages can muddle a story but they all do the opposite in this story, blending together beautifully and help make this already well put together story even more enjoyable.

Now that I’ve told you about the main points in the story, I’m sure that you want to know about the kaiju. Well, they are great as well. Many of them feel very traditional in which a human could play them but at the same time, it’s taken advantage of that this is animated. The kaiju also have many Tsuburaya design conventions which helps fit them all in with the show. On top of this, kaiju from the original show (Gridman the Hyper Agent) make appearances which helps further tie the new kaiju in with the old. To top it off, other non-Gridman kaiju also make appearances, though usually in the form of sculptures or images. Still though, it’s fun to look for them hidden throughout the show.

As for the music and animation, they are the final components which help tie the show together. The music is fantastic and perfectly fits the plot. In addition, Yume no Hero (and maybe some other songs from the original, idk) make guest appearances, giving a bit of throwback nostalgia type thing to the original. The animation is also good, though that seems to be normal for Studio Trigger. Like Godzilla: Singular Point, SSSS Gridman also uses 3D models for many of the highly detailed kaiju and also Gridman. However, just like Singular Point, the kaiju are animated more traditionally at times, using 2D animation. In fact, it does this even more than Singular Point. Both have good animation, however. This, along with the music, help further improve this show.

Before the conclusion, I want to talk about the love put into this show, including how many references there are. You can tell that there was passion in this show and I think all of the references prove it. The little nods at the original and other Tsuburaya projects are wonderful. For example, there is a Black King head bust at one point. Another example is that many of the background kaiju (watch the show to figure out what that means) are from the original Gridman show. Heck, I think that there’s a bag from one of the original episodes! In fact, I think that the name itself might be a reference to Superhuman Samurai Syber-Squad (the American version of Gridman the Hyper Agent), even if they designate the abbreviation as something else in the show. I won’t spoil what that is, though, even though it’s not very important to the main plot. Not only are there references, though, but sometimes other kaiju are blatantly talked about. The Ultra franchise, Red King, and Technicolor Q are just a few of them which are directly talked about or named. Overall, this just makes it a little more fun to watch than it already is.

To conclude in the final paragraph, this show was astounding. It is both fun and interesting to watching and many of the mysteries present are fun to see unravel. The messages are also very good and I like them a lot. In addition, there are humorous scenes that made me chuckle and action scenes which are invigorating. The sound design and visuals also make it gorgeous to look at and listen to. In addition, it just feels like a passion project and I love it because you can genuinely feel that nerdy, geeky fascination which was put into it. In fact, the only thing I would change a bit is the final fight, just to make it a little different. Overall, though, I love this show and I think that all stories should strive to be this good, even if it is hard to achieve that goal. Now go, go watch SSSS Gridman! 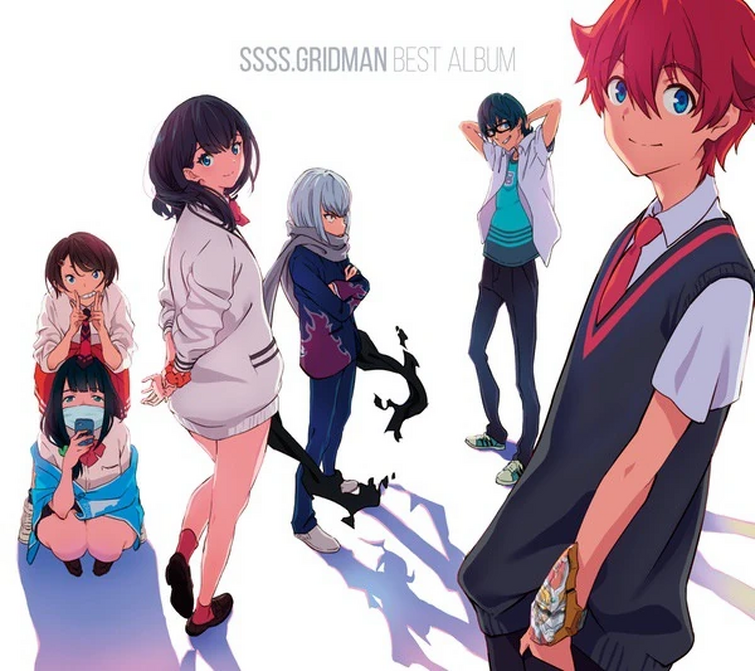 In Terror of Mechagodzilla (1975), one of Dr. Mafune's anatomical drawings of dinosaurs is Telesdon. 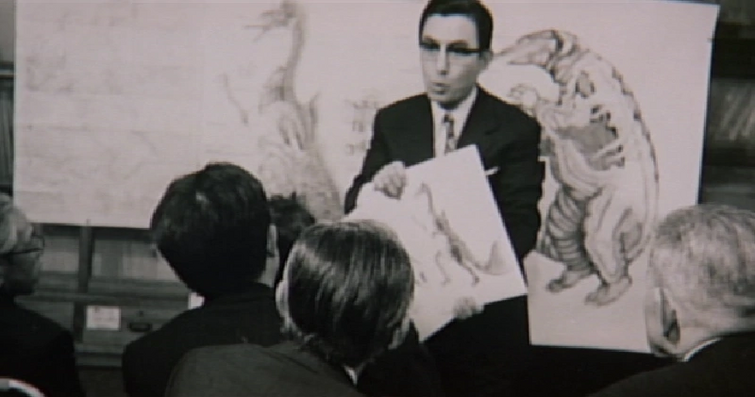 Did you think the part of Godzilla 98 of where that one crybaby got niko fired make you hate the crybaby more?

The following video came out a few days ago and, after watching it, I've decided to share it here.

The YouTuber in question (Paper Finz) discusses a Toho movie from 1955 (the same year that Godzilla Raids Again was released) about a group of explorers and their encounter with an Abominable Snowman/Yeti living in the Japanese Alps.

Here, Paper Finz goes into more detail about the movie, its creators, its American adaptation (Half Human) and its legacy - along with whether or not its worth watching in his opinion.

Hope you enjoy the video, even if you disagree with the opinions presented: 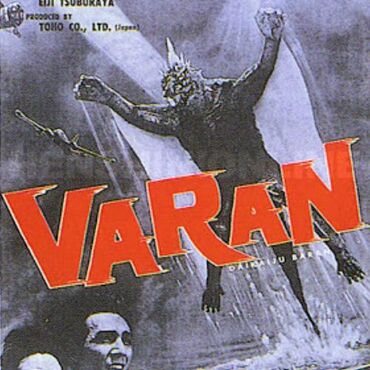 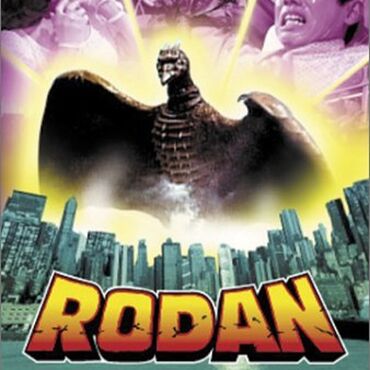 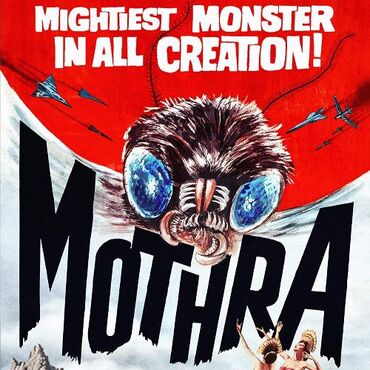 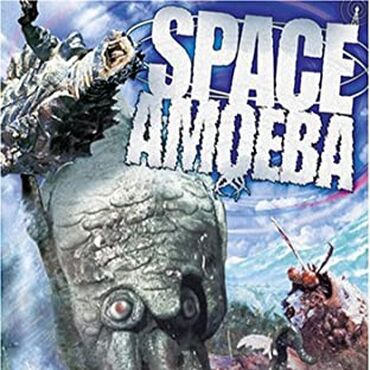 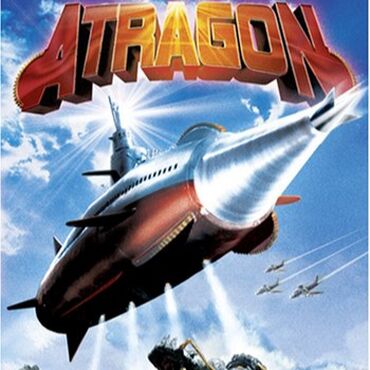 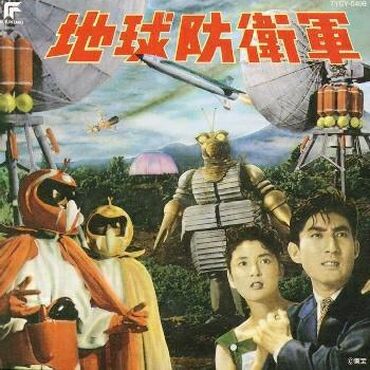 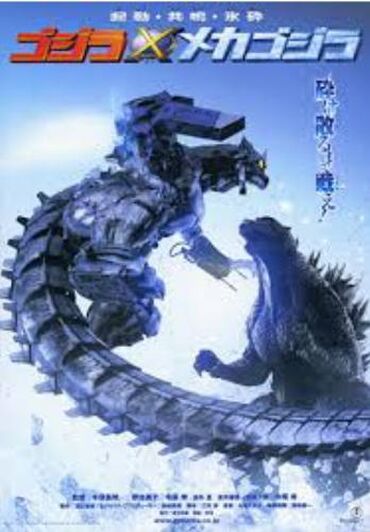 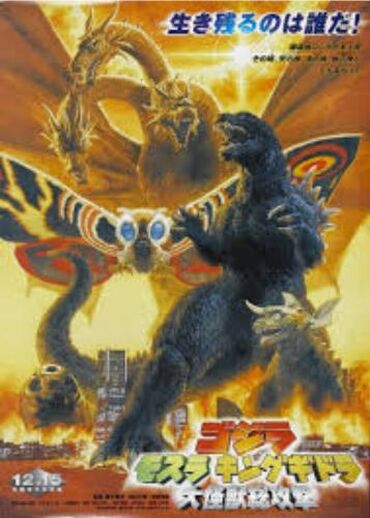 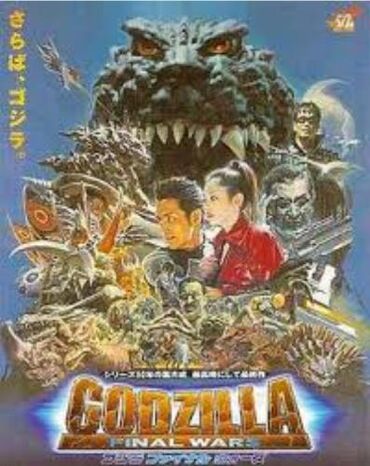 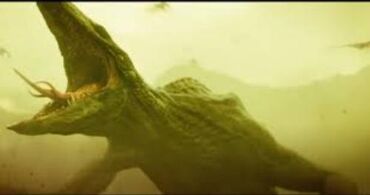 If you remember I ranked them all the way back when I was doing the Sin Series and made my own tier list, the only differences from the last time I posted it are:

None, because MV is poo poo stinky.
Biollante
Jet Jaguar
Destroyah
Gigan or his Cyborg variant
[One I couldn't fit, like Battra or Skeleturtle] 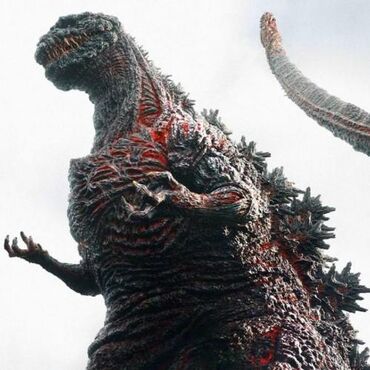 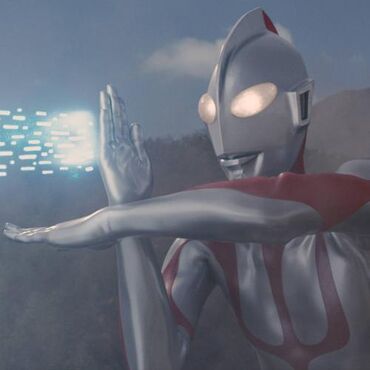 Remember stay on topic in the comments please…

I mean, the show takes place in-between the events of Godzilla 2014 and King of the Monsters, and so does Godzilla: Aftershock. I think a live action Godzilla vs Jinshin-Mushi could be awesome. One problem is that the M.U.T.O. prime would be hard to animate due to it's 8 legs and 4 ovipositors.