Godzilla: The Series (ゴジラ ザ・シリーズ,   Gojira za Shirīzu?) was an animated series made as a sequel to the 1998 TriStar Pictures film, GODZILLA.

In the series, Godzilla (the baby that survived the destruction of Madison Square Garden and hatched from the egg at the end of the 1998 film--often nicknamed Zilla Junior by fans) battles a large group of giant monsters. The show tracks Godzilla and team H.E.A.T. around the planet battling new mutations and other monstrous beasts. While most of the enemies that appear are mutated animals, other creatures appear as well, including extraterrestrials, plants, machines, and on a couple of occasions even beings with supernatural, "magical" origins.

The series not only had Godzilla battle several other kaiju, such as a Giant Bat, but also face a fleet of invaders known as "Tachyons" in a tribute to Destroy All Monsters, and an eccentric billionaire rival of Nick's. In an ironic twist from the original Godzilla TV adaptation, in the 1998 film, Godzilla has a flammable power breath similar to fire, while in the series, his son breathes a green atomic breath.

The series also expands on the personalities and relationships of the human characters, going deeper into the development of the characters from the film as well as introducing new ones for the series. It also explains the loyalty of Godzilla toward the crew, as he has 'adopted' Nick as a father figure of sorts, and goes to great lengths to defend him.

Despite the negative reaction to the film, Godzilla: The Series garnered surprisingly positive reactions from fans and it did well in the TV ratings. The series followed the adventures of Dr. Nick Tatopoulos, a major character from the film, and Godzilla's surviving baby. The series returned Godzilla's trademark characteristics to the monster in the series, including his strength and nigh-indestructibility, his atomic breath and general masculinity. This Godzilla follows Dr. Tatopoulos and the members of H.E.A.T around, having imprinted upon Nick as his own parent, and fights various other monsters that have been formed by nuclear radiation, in the style of the late Showa era. The fan response to the series was overall very positive, and the animated Godzilla gained much respect from those who hated the film.

Godzilla: The Series Mill Creek DVD Cover
Add an image to this gallery 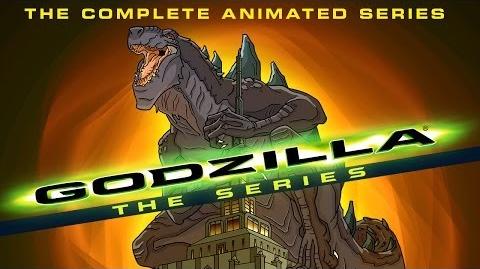 Retrieved from "https://godzilla.fandom.com/wiki/Godzilla:_The_Series?oldid=339828"
Community content is available under CC-BY-SA unless otherwise noted.