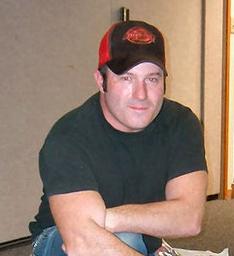 August Ragone is the author of Eiji Tsuburaya: Master of Monsters.

August Ragone is a San Fransisco, Califronia native who has been an events promoter, author and Japanese film aficionado for over three decades. He first began his career as a teenager being the Japanese Film and Godzilla Expert for horror host Bob Wilkins on the KTVU TV station's horror movie show case series Creature Features.

His body of work consists of lectures on Japanese cinema for film companies such as Lucasfilm, commentary on radio, TV and at conventions and on the Internet. He has also done work on linear notes for DVD releases, edited and authored over 150 translated scripts for films and written multiple periodicals in American Japanese film and television magazines. He also hosted the first ever anime and tokusatsu convention held outside Japan in 1979, The Japanese Fantasy Film Faire.

Mr. Ragone is currently a copywriter and commentator for the media company Shout! Factory and a writer, columnist and associate editor for the magazine Famous Monsters of Filmland

Retrieved from "https://godzilla.fandom.com/wiki/August_Ragone?oldid=227148"
Community content is available under CC-BY-SA unless otherwise noted.