It's the 22nd Century (2125 AD), and mankind's population has exponentially expanded beyond Earth's carrying capacity. Therefore, humans now live throughout the Solar System and the total population has gone well over 18 billion. As a result, there's a severe energy crisis for planets further out from the sun and plans to turn Jupiter into a second sun have been set into motion. However, markings are found on Mars that indicates that alien life lives in Jupiter and the J.S. Project (Jupiter Solarization Project) is put on hold.

Meanwhile, rogue members of the radical environmentalist group Jupiter Church attempt to sabotage the J.S. Project. In an ironic twist of fate, the head engineer of the J.S. Project, Eiji Honda, discovers that his ex-lover Maria is one of the radicals planning on sabotaging the project. At the same time, a satellite carrying two crew members is destroyed by a black hole heading straight to the center of the Solar System. This black hole could destroy humanity in one fell swoop once it collides into the sun. However, Jupiter is near the black hole's path. The engineers of the J.S. Project decide to change their plan and shoot Jupiter into the black hole, thereby altering the hole's path and potentially save the galaxy's inhabitants. However, time is short.... 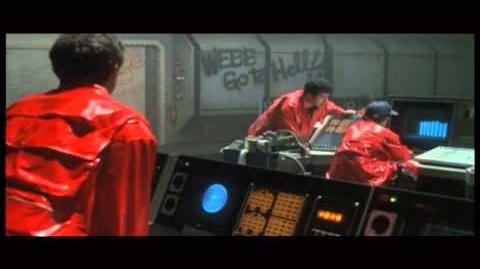 Retrieved from "https://godzilla.fandom.com/wiki/Bye-Bye_Jupiter?oldid=326457"
Community content is available under CC-BY-SA unless otherwise noted.