CR Godzilla: Descent of the Destruction God (ＣＲゴジラ～破壊神降臨～,   Shī Aru Gojira ~ Hakai-shin Kōrin ~?) is a Pachinko game released only in Japan. The game was developed by Newgin and released in 2010.

Most of the suits that are utilized in this game are the same as those used in the previous game, CR Godzilla 3S-T Battle.

Each of the monsters are also digitally rendered in some segments, but retain the appearance of the suits used to portray them in the live-action segments. 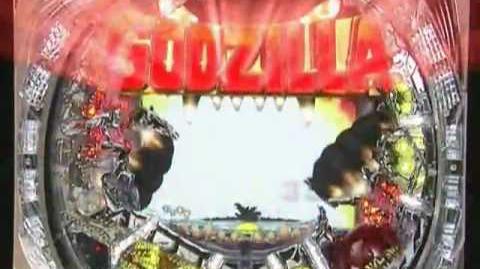 This is a list of references for CR Godzilla: Descent of the Destruction God. These citations are used to identify the reliable sources on which this article is based. These references appear inside articles in the form of superscript numbers, which look like this: [1]