Dagahra (ダガーラ,   Dagāra?) is a pollution-consuming kaiju created by Toho that first appeared in the 1997 Toho film, Rebirth of Mothra II.

Dagahra is an aquatic reptile that possesses characteristics of both a manta ray and a dragon. He has three horns on his head in a triangular arc, and he has two cannon-like structures on his shoulders that split open when he releases Barems. Dagahra has two wings, but they are folded when he is on land. When Dagahra is flying, his wings unfurl to about half his body length.

Dagahra possesses fins along his fore and hind limbs, as well as a long fin that runs down his back and tail, which has two smaller fins on it. After evolving underwater, Dagahra grows two large spikes on his shoulders. The ends of Dagahra's mouth are curled up slightly, giving him a facial expression resembling an evil grin. Dagahra's skin is green, while other parts of his body are a rusty-orange color and his eyes are bright yellow.

Dagahra was created by the ancient Nilai-Kanai civilization in order to consume and clean up the pollution they produced through over-industrialization. However, there was a deadly side-effect, as Dagahra began producing millions of mutant starfish called Barems, which completely overran and destroyed the Nilai-Kanai. Dagahra disappeared for thousands of years following the Nilai-Kanai's destruction, but reappeared in the present day to feed on the pollution created by mankind.

In the past, a race of advanced people called the Nilai Kanai created Dagahra to clean all the pollution they were releasing. Dagahra consumed the pollution, but created the Barems in the process. The Barems were acidic sea stars, and Dagahra released them on the Nilai Kanai and destroyed the people. Dagahra then fell into a deep sleep, resting at the bottom of the ocean.

Thousands of years later, Dagahra was awakened again due to the rise in pollution rates in Japan. It began eating the pollution and releasing the Barems once again. The Barems attacked and killed many people on the surface. After hearing of Dagahra, Mothra Leo came and attacked it, but was put at a disadvantage when Dagahra was under the water. He was infected by the Barems, but Ghogo used his power to turn Mothra Leo into Rainbow Mothra, who now had the ability to transform into Aqua Mothra, so he could battle on equal terms with Dagahra. Mothra Leo managed to battle and defeat Dagahra, then dropped the monster's body onto the Nilai-Kanai temple, which exploded along with Dagahra, ending the monster's reign of terror once and for all.

Dagahra is an adept swimmer that can move underwater at 150 knots.

Dagahra is able to fire Crimson energy beams from his dorsal fins.

Dagahra can rotate and fire Energy Rings from his body.

Dagahra can fire a black and red Irabushan Beam from his mouth.

Dagahra can fire lightning at foes.

Dagahra is able to create a tornado of Barems and lightning by quickly rotating himself underwater.

The two cannons on Dagahra's shoulders can fire either energy beams or a concentrated mixture of Barem and crystallized toxins.

Dagahra can fly at the speed of mach 10.

If the Barem-producing organs inside of Dagahra's body are destroyed, he will become severely weakened and helpless. 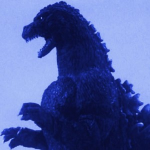 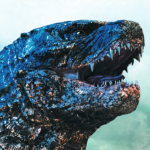 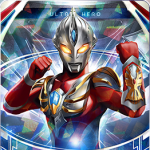