Daigoro's mother is first seen infuriated when her son went missing, destroying a helpless city in an attemptt to find him. After tearing through it, she could sense her son in the near area and began to go near where she thought he was. But, before she could reunite with her child, the military fired a barrage of missiles that killed her, leaving Daigoro an orphan.

Daigoro's Mother reuses the roars of the Ultraman kaiju Zambolar, which in turn utilises combined roars of Godzilla, Gamera and Red King. 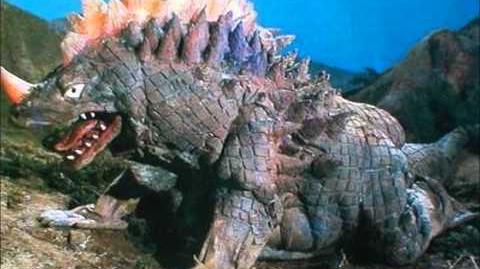