Daigoro is a monster who became orphaned after the military used Intercontinental missiles to kill his mother, who did what she could to protect him. Only one man stood up to that call. He pitied the child, and took the infant as his own to Japan and raised him there. Soon Daigoro grew too big for a man to take care of, since he needed feeding too often. This caused the man to make Daigoro an icon for a business so he could be fed. Elsewhere, a monster named Goliath crashed to Earth. The two monsters engaged in battle. Daigoro did his best to stand his ground, but Goliath defeated him by striking him with lightning from his horn. Goliath then left to test his power against the world, leaving Daigoro to die. However, Daigoro recovered and practiced daily for his next battle against Goliath. After an intense fight Daigoro breathed his fire ray and managed to defeat Goliath. The humans then grabbed Goliath while he was weak, and strapped him to a rocket to blast into space. 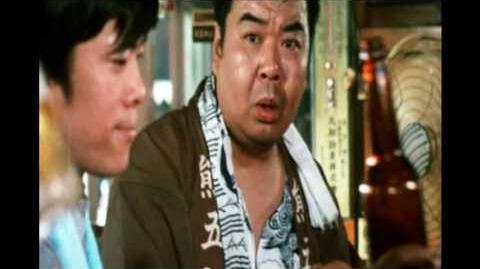