Gamera vs. Garasharp was cancelled when Daiei went bankrupt.

The scrapped monster Marukobukarappa would have also made an appearance. The role and purpose of the monster was never revealed.

A giant serpent-like monster, called Garasharp, appeared and started destroying Tokyo. Gamera soon appears and kills Garasharp. Then, two baby Garasharps crawl out of their mother's carcass. The military tries to kill them, but Gamera lets them crawl onto his back and he flies them to a remote tropical island. 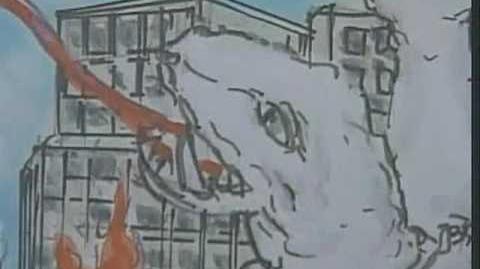 Gamera vs. Garasharp
Community content is available under CC-BY-SA unless otherwise noted.
Advertisement