View source
This section is a stub. You can help expand this section by adding some information.

Godzilla is a 1988[1] action video game for the Commodore 16 and Commodore Plus/4 developed by Attila Cosir and distributed by Novotrade and then re-released by DELTASoft.

There are 5 different actions that can be performed in this game.

Godzilla has 6 lives, and once they're gone the player has to start over. The game awards points for keeping Godzilla alive, however it doesn't keep track of high scores.

The game itself is completely silent, save for a brief voice sample when the game is started, and a loud, static-filled roar that Godzilla utters whenever he gets hit by an object.

This game has 2 cheat codes available. (How to use cheats in Commodore Plus/4) 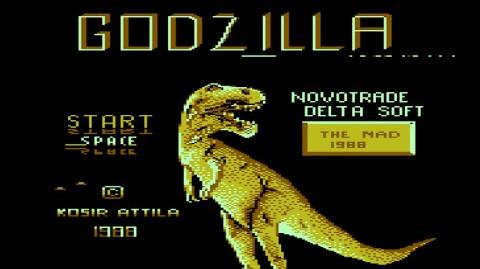