Godzilla - Official Teaser Trailer
The Godzilla Comic-Con 2012 Trailer was a teaser for Legendary Pictures' 2014 film, Godzilla, that was first presented at the 2012 San Diego Comic-Con.

J. Robert Oppenheimer: We knew the world would not be the same.

The camera pans over a destroyed city block, covered in smoke and fire.

A toppled skyscraper is shown, with civilians standing on top of and around it.

A shot of a flattened train is shown, with many bodies strewn about, before cutting to the nearly bisected skyscraper.

J. Robert Oppenheimer: I remembered the line from the Hindu scripture.

The trailer then cuts to the large, deceased monster.

A roar from Godzilla cuts off the narrator.

J. Robert Oppenheimer: Now I am become Death, the destroyer of worlds.

Godzilla is then shown, clouded by dust, turning slowly to face the camera, before unleashing another loud roar as the teaser cuts to black. 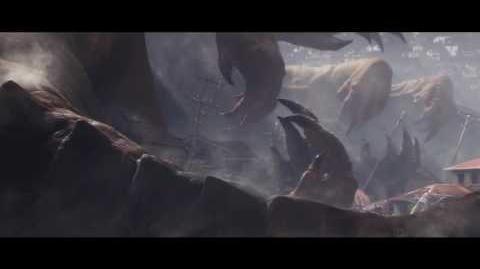 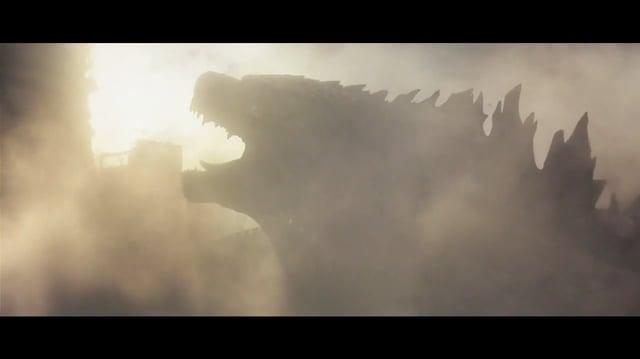