Godzilla Movie Studio Tour is an interactive video game developed by Premier Systems and published by Toho in 1998 using Macromedia for Windows 3.1, Windows 95 and the Macintosh. The game is a database on information about the Godzilla franchise.

Movie Studio Tour lets the player take clips from various Godzilla films and cut and/or put them together to make their own film. When starting up the game and getting past the title screen, the player is prompted to enter a name ID made up of three letters.

After they have entered their ID, an introductory music sequence begins and lasts a short while, and afterwards the player can navigate through many facilities available in a central hub, which include the Theater to the north, the Film Studio, Publicity Dep., and Sound Studio to the west, the Library and Museum to the east, the Godzilla Shop to the southeast, and the Sky Walk and Kid's Shop to the southwest. The player can also exit the game from central hub with an exit box to the south.

The player can create custom movies using clips from various Godzilla movies and later watch it in the Theater. The game has information about the monsters featured, and allows players to listen to their roars and view pictures of them in the Museum. The Library offers select video clips and allows view of classic Toho posters. Players can also print posters, special event cards, book covers, digitally drawn and autographed pictures, and more.

The game contains 34 monsters, including Bagan and Dogolas.

Exit Box
Add an image to this gallery 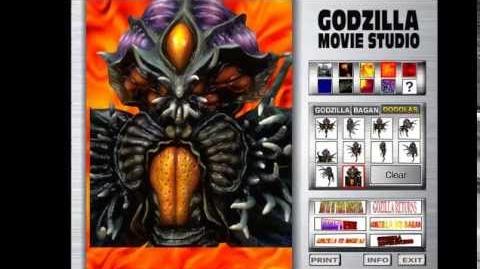 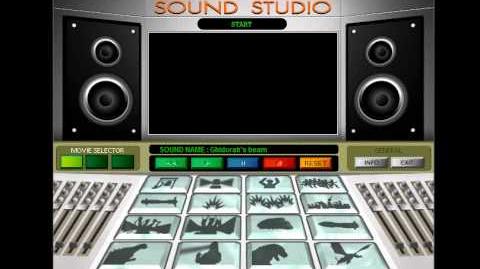 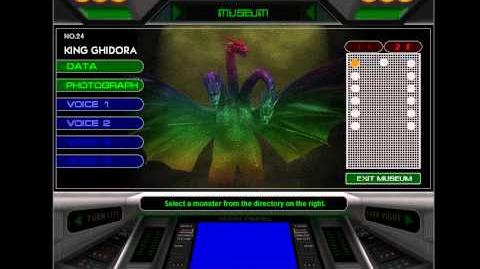 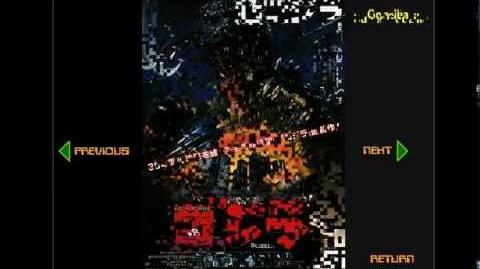 Godzilla Movie Studio Tour - Library
Add an image to this gallery
Retrieved from "https://godzilla.fandom.com/wiki/Godzilla_Movie_Studio_Tour?oldid=348459"
Community content is available under CC-BY-SA unless otherwise noted.