Godzilla On Monster Island is a video game released in 2011 and developed by IGT as an AVP Slot Machine.

"The King of Monsters is here to help you battle your way to a monstrous jackpot! Big creatures, big bonuses, big win! Launch into the explosive world of monsters and mayhem with Godzilla on Monster Island™ Video Slots. Featuring larger-than-life Godzilla™ characters, this game is packed with plenty of interactive features. Try your hand at the power of Godzilla by using the touch screen to direct Godzilla's atomic breath at surrounding objects. Look for Godzilla and Mothra™ to appear in the base game to randomly award wilds or multipliers, all while enjoying classic movie clips as you play. The amazing graphics and surround sound leave you roaring with excitement. Go Go Godzilla!"

After placing a bet, the slots will start to spin in the columns to determine if any winning combinations are accomplished. By pressing the same bet button twice, the slots will stop and give the results. This doesn't have any real use other than saving time, unless a Monster Island slot is landed on. If a Monster Island slot is landed on, the slot spins will have their speed decreased greatly, which allows the player to time their landing on the remaining slots.

The credits won are determined by matching the same slots horizontally and diagonally, not vertically. The game has many combinations that can win as long as the same slot appears in the Slot 1, Slot 2 and Slot 3 line. Only three matching icons that are landed on in this way are needed to count as a win, and any number more than three adds many more winning credits. 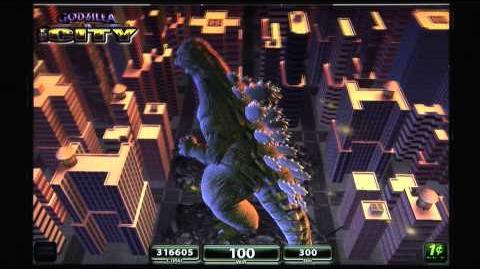 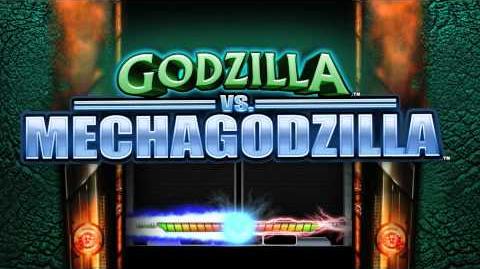