As an enduring and iconic symbol of post-World War II Japanese cinematic history, Godzilla has been referenced and parodied numerous times in popular culture. Godzilla and other atomic monsters have appeared in a variety of mediums, including cartoons, anime, film, literature, television, comics, and video games.

Due to the nature of American entertainment often parodying other works of fiction, it has become rather rare for Godzilla to not be referenced in an animated/live-action movie/TV show that intends to be comedic and/or having a habit of parodying pop culture. It is usually Godzilla's name, his roar, his design, and/or the style of his movies where he destroys cities that are parodied the most. Godzilla's name has often been parodied by attaching the suffix "-zilla" to a word in order to denote size or monstrous/destructive nature. American filmmakers often use Godzilla as inspiration for their own movies, such as Colossal and Pacific Rim.

Toho is not fond of Godzilla parodies and dislikes them strongly. They argue for their copyrighted material to be protected, although there are so many movie/TV references to Godzilla that it's virtually impossible for Toho to respond to all of them.

Perhaps the most notable Godzilla reference and parody is MechaGodzilla featured in the 2018 movie, Ready Player One, where MechaGodzilla fights other pop culture icons in the Oasis. The Akira Ifukube Godzilla theme is played during the scene, even though it was remade by another composer.

Godzilla in The Simpsons Episode 226 "Thirty Minutes Over Tokyo"

"Today is not Mothra's Day"

Kojira in Destroy All Humans 2

A model of Godzilla in South Park Episode 192 "Whale Whores"

Poof turns into King Ghidorah in the Fairly Odd Parents

Godzilla vs. the Super X in Urusei Yatsura

An army of flying kaiju

Godzilla without his dorsal plates in Extreme Dinosaurs

Varan in an anime

Godzilla as he appeared in the Daicon III opening animation

Javil has a slight resemblance to Gigan

Godzilla as it appears in "El Santos" comics, by Jis and Trino Camacho

Godzilla in Revenge of Shinobi

Gyaos, Viras, Jiger and Barugon in an episode of Franklin 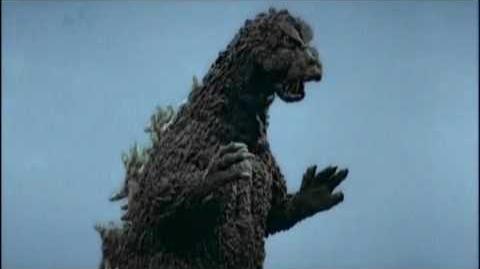 Yellow Tail
Godzilla in a commercial for Yellow Tail wine 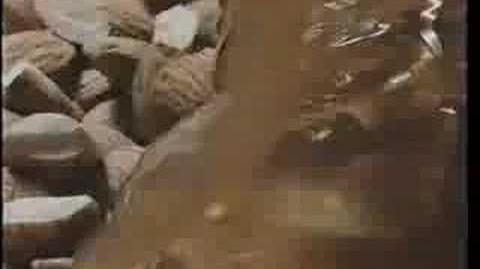 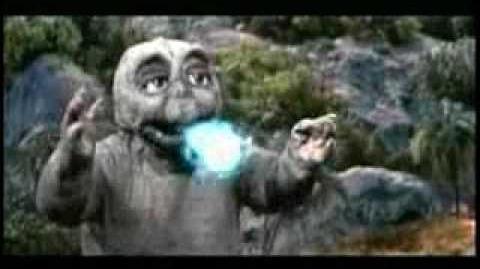 "Moozilla" on the back of a Trumoo carton.

Godzilla in Fry's opera in Futurama

The Shobijin as they appeared in the end of the Mad Cartoon Network Sketch: "LinKong".

Erginus from Earth Defense Force 4.1: The Shadow of New Despair

In Friday the 13th Part III, a girl reads a Fangoria magazine with photos of Godzilla in it.

In the 1991 movie Campfire Tales, there is a scene where teenagers watch Godzilla vs. Mechagodzilla.

In the 1997 video game Shadow Warrior there is a Godzilla poster in the first level, the boss of the last level is also named 'Master Zilla'. Godzilla can also be seen in the 2013 Shadow Warrior reboot game

A Godzilla figure used in the opening for "Make Me a Super".

In the 2018 movie Next Gen, a Godzilla-esque pangolin monster fighting a giant robot on the poster
Add an image to this gallery

Toho enforces its rights to the Godzilla trademark strictly.

Cabzilla wine, with modified Simitar VHS art for The Return of Godzilla

Mechahopzilla beer can art, with a MechaGodzilla-like monster depicted on it

Voltage Picture's pitch for the movie Colossal, featuring a picture of Godzilla and directly referring to Godzilla in the synopsis

Concept poster for Colossal, featuring the outline of Godzilla

Concept poster for Colossal, using a picture of Godzilla
Add an image to this gallery

Retrieved from "https://godzilla.fandom.com/wiki/Godzilla_in_popular_culture?oldid=351122"
Community content is available under CC-BY-SA unless otherwise noted.