Godzilla and the Martians

Godzilla vs. 3 Giant Monsters (ゴジラ対3大怪獣,   Gojira tai 3 Daikaijū?) is an action game by Bandai released for the MSX in 1984.

Once the player gets past the title screen, the game will begin. The movement of Godzilla is in three dimensions, and Godzilla's only weapon is his atomic breath, which can be aimed. Godzilla has four lives, which are depleted by either the enemies touching Godzilla, hitting Godzilla with their attacks, or Godzilla falling into a hole.

The 2-Player mode is the same as the one player mode except that two players can alternate between each life, each with their own lives and score meters. 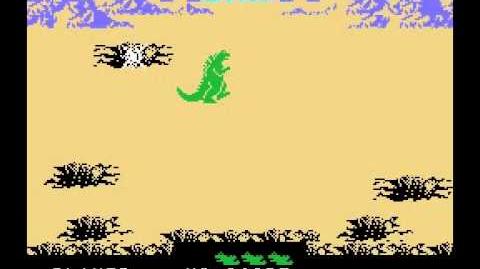