Gorath (妖星ゴラス,   Yosei Gorasu?, lit. Planet Gorath), is a Japanese science fiction tokusatsu film produced by Toho in 1962. The story for Gorath was written by Jojiro Okami, a former Japanese Air Force pilot who also gave the original ideas to the films The Mysterians, Battle in Outer Space, and Dogora. It was released to Japanese theaters on March 21, 1962.

The film depicts a runaway star on a collision course with Earth in the then-future decade of the 1980s. Unlike most other impact event stories, in which mankind must abandon the Earth (When Worlds Collide) or destroy the threat (Deep Impact, Armageddon), Gorath sees humanity attempt to avert disaster by disengaging Earth from its own orbit around the Sun. While the American When Worlds Collide can be seen as an influence on the story of Gorath, Daiei's 1956 film, Warning from Space, in which a planet is on a collision course with Earth, may have been a more direct inspiration.

The film was released in the United States by Brenco Pictures. Most of the visual content was kept intact, but the six-minute sequence featuring the character Maguma was removed. The distributors found the character's appearance comical, even dubbing him "Wally the Walrus" (most likely inspired by Wally Walrus, an antagonist from the Woody Woodpecker cartoons popular at the time). As such, they removed the sequence for their cut of the film, and it has never been restored to the English-language edit, which was aired several times on television throughout the 1960s and '70s.

The English dubbing was done by Ryder Sound Services, and scripted by Star Trek writer John Lucas. Only four voice actors were used to dub the film. Besides the voices, the audio track was tampered with, including adding a sound effect for the meteor which was not in the original Japanese version.

Brenco Pictures re-released the film on a double-bill with The Human Vapor in 1968, but between the two releases never turned a profit on their investment in Gorath. The company closed in 1969 soon after the death of co-owner Edward L. Alperson on July 3 of that year. The film was purchased by Heritage Enterprises and distributed to U.S. television. Presumably, it was seen by more people on TV than by people who saw it between its two theatrical releases. 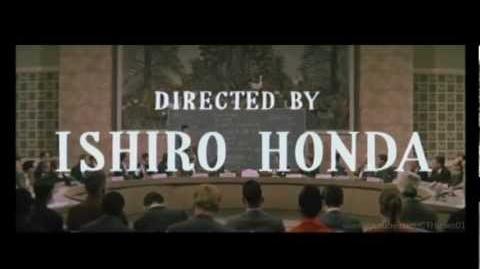 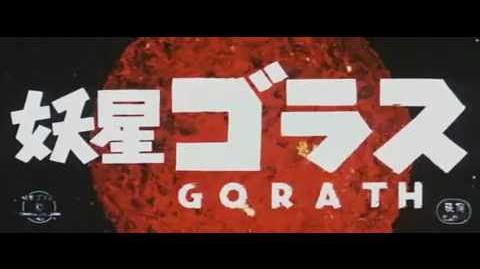 Retrieved from "https://godzilla.fandom.com/wiki/Gorath_(1962_film)?oldid=285684"
Community content is available under CC-BY-SA unless otherwise noted.