87 minutesJP,
79 minutesUS
H-Man (美女と液体人間,   Bijo to Ekitainingen?, lit. 'Beauty and Liquid Men') is a 1958 tokusatsu science fiction film produced by Toho Company Ltd. It is considered to be the first entry in Toho's "mutant trilogy," followed by The Secret of the Telegian and The Human Vapor. It was released to Japanese theaters on June 24, 1958 and to American theaters on May 28, 1959.

Following a routine nuclear experiment, the ship Ryujin Maru II disappeared while in the South Pacific. Days later, another ship, bound for Izu, stumbles upon the craft adrift at sea. Six members of the crew decide to board the Maru to see why there is no one on deck. To their surprise, they find no one on board at all, only piles of disheveled clothes. In the captain's room, they find an unfinished log, and begin to suspect that the crew must have been killed somehow. While leaving the captain's room, Dai, one of the crew members who boarded the Maru, is killed by a mysterious blue liquid that climbs up his leg and melts his body, leaving only his clothes behind. After killing Dai, the liquid takes the shape of a man and is joined by another one from the window. The monsters rush at one of the terrified men and quickly claim another victim. Next, Sou is killed on the dock while trying to escape. Only two of the original six make it off the Maru alive, and they spot Liquid People walking around the deck as they disembark away from the Maru.

Much later, in the outskirts of Tokyo, a drug smuggler by the name of Misaki is mysteriously killed while trying to get away, leaving only his clothes behind. The police investigate by going to his apartment, only to find his girlfriend, Arai Chikako, who says he hasn't returned for five days. Arai works at the cabaret, so the police decide to go there for further investigation. After her performance, the police go back to Arai's room and find a man backstage with her. After finding a note to Arai in his pocket, they bring him in as a suspect. He is identified as Masada, an assistant professor at Jyoto University. Masada explains that he wanted to talk to Arai about Misaki, and explains his theory that Misaki's disappearance is the result of his physical form melting away, possibly from an extreme amount of radiation in the rain that night. The police don't buy a word, and set up patrols at Misaki's apartment where Arai is living.

That night, a man by the name of Nishiyama sneaks into the apartment and threatens Arai, asking her where Misaki is; however, he gets no answer as Arai explains that she simply doesn't know. After thinking it over Nishiyama states that he will spare her life for tonight, and leaves out the window. Not long after, Arai hears gun shots that are followed by a scream. Arai then opens the door to the apartment and faints in the hall. The police go the room to investigate, and look out the window only to see clothes and a gun lying out on the street.

In the morning, the police take Arai in for questioning, but get no new information from her. Masada arrives at the police station to try and prove his theory to them once more, this time he invites them to go back to the hospital with him where he announces that he has collected witnesses that will prove his theory. Once there, the witnesses tell their story of the six members of their ship that boarded the Maru, and how four of the men lost their lives that night. Masada next shows him the effect of the Ash of Death, the type of nuclear explosion that the Ryujin Maru II was exposed to, on a bullfrog. The bullfrog melts almost immediately, all of its cells are transformed into a liquid. The police still don't buy that the Misaki disappearance is related to this, though. The police decide to question Arai again, this time showing her a group of pictures, asking her to identify who came into the apartment the night before. She points out Nishiyama out of the pictures, a member of the Hanada gang.

Meanwhile, Masada finds a lifesaver on the docks that belongs to the Ryujin Maru II, and he starts to suspect that the liquid might have attached itself to it and traveled to Tokyo. Masada takes the lifesaver back to the University, where he and his colleagues find out that the lifesaver is indeed radioactive. Arai then visits the institute to find Masada and tells him about the murders, and how a liquid killed the victims. Professor Maki is intrigued by the girl's story, and asks that Masada goes to the police station and tell them their findings. Masada complies, but is still laughed at down at the station. The police become notably annoyed with his persistence in pursuing this theory, and, to stay in their favor, Masada divulges that he believes that waiter at the cabaret maybe in on the drug smuggling.

That night, the police visit the cabaret again, disguised as customers. They watch, and mark down, which tables the waiter stops at for long periods of time. Every time someone from one of these marked tables starts to leave, they arrest them as a suspect. Eventually the guests of the club begin to catch on, and one of them fires his gun right before they cuff him. The waiter hears this and warns Uchida, an intricate figure in the drug smuggling ring, and they retreat to one of the dancer's rooms. Once inside, they try and escape through the window, but are cut off by an H-Man. The waiter, along with one of the dancers is killed. The H-Man next tries to get Arai, but is distracted by one of the policemen, who starts firing at it. The H-Man liquefies the officer, and then escapes through the window. During the commotion, Uchida takes off his clothes, to fake his death, and escapes.

The police now accept Masada's theory about the Ash of Death. It's also confirmed that the liquid got to Tokyo by attaching itself to the lifesaver. Maki explains to the authorities that the only way to kill the creatures is by electrocution or incineration. Then Masada, after studying Uchida's clothes, explains to the police that weren't radioactive, meaning he must have escaped. Shortly after this discovery, Arai is kidnapped by Uchida.

Meanwhile, the authorities plan to use their high voltage discharge unit to stop the liquid people's infiltration upstream. Next they plan to evacuate and fill the surrounding bodies of water with gasoline, to incinerate the ones already in the city.

Before the authorities can put this plan into operation, Uchida leads Arai into the sewers to retrieve the stash of drugs that the waiter had been hiding down there. In the meantime, Masada finds a piece of Arai's clothing floating in the water near one of the sewage valves, and rushes in the sewers looking for her. The police catch wind of Masada's actions and ask permission to go down with one of the teams preparing the "gasoline operation." A rescue team is then prepared, and goes in after them. Uchida is killed shortly after by one of the liquid people, and Arai begins to flee. Masada finds her, and manages to help her get away as the rescue team discovers them both, with the liquid people in hot pursuit. The water is then ignited, burning alive all of the monsters and putting an end to their reign of terror.

H-Man was released by Columbia Pictures in the United States in 1959. Columbia cut approximately eight minutes of footage from the film in order to improve the pacing and remove some of the less convincing special effects shots. The American cut of the film also removed any mention of the H-Men retaining their human memories.

In 1987, Columbia renewed their license for the film and retains the American distribution rights to this day. In 2009, Columbia released the original Japanese cut of H-Man as well as the American edit through Sony on DVD in a triple feature with Mothra and Battle in Outer Space.

H-Man was positively received by critics after its American theatrical release. A New York Herald Tribune film critic at the time called it, "A good-natured poke at atom-bomb tests... The picture is plainly making a case against the use of nuclear bombs. At the same time, there is a great deal of lively entertainment in the story involving police, dope smugglers, scientists and some very pretty Japanese girls."

H-Man has been praised for blending various film genres, most notably Japanese mafia or "Yakuza" films and science-fiction kaiju films which were both popular at the time, and for Eiji Tsuburaya's special effects. H-Man later inspired two other Toho films revolving around human-sized superpowered kaijin, The Human Vapor, also directed by Ishiro Honda, and The Secret of the Telegian, directed by Jun Fukuda. 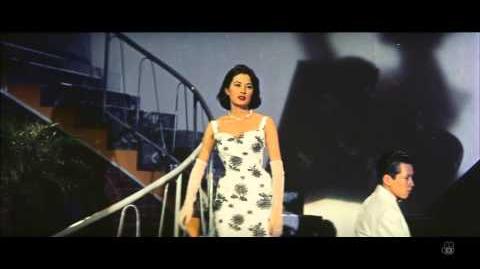 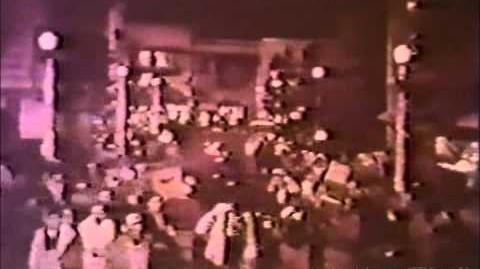