The Return of Godzilla

Wikipedia
Kenpachiro Satsuma (薩摩剣八郎?), originally known as Kengo Nakayama, was born May 27, 1947 in Kagoshima Prefecture and is a Japanese actor. He is best known for portraying Godzilla in the Heisei era of Godzilla films.

Satsuma is good friends with Haruo Nakajima, his predecessor in the role of Godzilla and his former mentor in the profession of suit-acting. 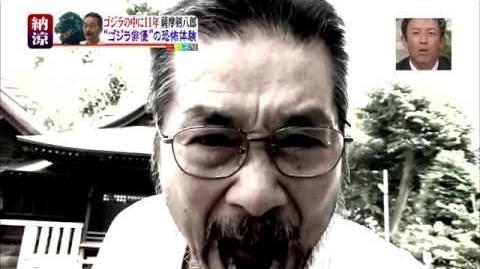