Maguma (マグマ?) is a giant walrus like kaiju created by Toho that first appeared in the 1962 Toho film, Gorath.

Maguma's name literally means "magma", which could be a reference to how Maguma is weak to high temperatures.

Even though Maguma was stated to be a reptilian, it looks like a giant brown walrus with green eyes, pale tusks, smooth skin, and no visible hair. Maguma also lacks a tail.

Maguma first appeared when it was awakened by missile fire at the North Pole. Maguma attacked the base and it went home to its valley. A VTOL aircraft was sent to kill Maguma, and it buried it under a pile of rocks. Maguma broke out of the rocks and attacked again. The aircraft attacked Maguma with energy beams, killing it.

Maguma uses his large flipper-like forelimbs to damage jet pipe power station. He also freeing himself from the rumble. Maguma was never sceen using his tusks in the film in combat, but he does use this weapons to damage GSDF in Godzilla: Defence Force. 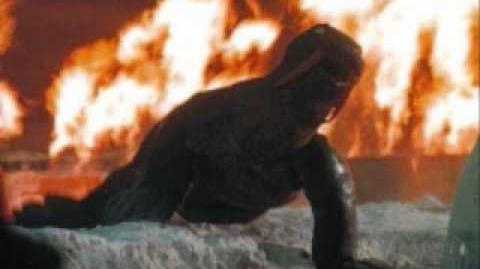