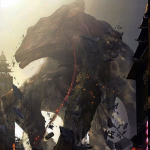 Please leave any questions or topics you would like to discuss here, and I will try to get back to you as soon as possible!

← You did not specify any title
Loading editor
Newest threads