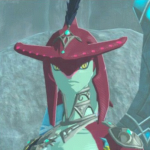 This is my message wall.

Feel free to talk to me.