Pachimon was created by Yokopro in the 1970s, around the time kaiju were very popular in Japan. The card game features several 'Pachimon,' monsters often based on popular kaiju series such as Godzilla, Gamera and Ultraman, usually attacking famous cities or places.

The playing cards feature information on each monster, including its height, weight, and subtitle.

Although quite obscure, the Pachimon kaiju have garnered something of a cult following among Japanese collectors and otaku, which has resulted in vinyl figures (both official products and custom built independents), and fan-made video games and short films. 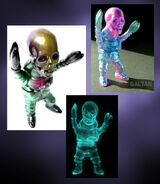 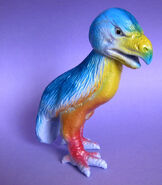 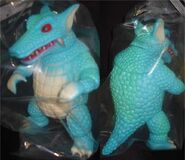