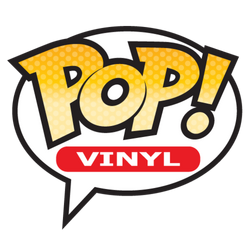 Pop! is a toy line made by FunKo that focuses on making stylized pop culture vinyl figures.

The Original Black and White variant of the Godzilla figure was sold at New York Comic-Con from October 8-11, 2015.

The Burning Godzilla variant was exclusive to the online store GTS Distribution.

The Ghost Glow variant of the Godzilla figure was sold at New York Comic-Con from October 8-11, 2015.

The Atomic Breath variant of the Godzilla figure glows in the dark, and will be sold as a PX Previews exclusive.

A King Kong figure based on the MonsterVerse incarnation was released alongside the 2017 film, Kong: Skull Island.

This is a list of references for Pop! (FunKo Toy Line). These citations are used to identify the reliable sources on which this article is based. These references appear inside articles in the form of superscript numbers, which look like this: [1]