Prophecies of Nostradamus (ノストラダムスの大予言,   Nosutoradamusu no Daiyogen?, lit. Nostradamus' Great Prophecies) is a 1974 tokusatsu film produced by Toho Company Ltd. It was released to Japanese theaters on August 3, 1974, and to American theaters on July 13, 1979.

In 1835, Gentetsu Nishiyama begins preaching the prophecies of Michel de Nostradame using a copy of his book, "Centuries." When Nishiyama gets persecuted by the Tokugawa Shogunate for supposed heresy, his wife and son flees with the book in hand, passing down the knowledge to future generations. At the onset of World War II, his descendant, Gengaku, is interrogated by an Imperial Japanese Army officer about the family's continued preaching of the prophecies, which predicted the rise of Nazism and the Axis defeat.

In the present day of 1999, biologist Dr. Ryogen Nishiyama is called in to analyze recent scientific phenomena, such as the appearance of giant mutant slugs, children wielding advanced abilities, and large ice packs just north of Hawaii. He is also a leading figure in the fight against environmental pollution and the global arms race, as well as global disasters. The UN sends a research expedition to New Guinea to investigate a radioactive dust cloud that appeared over the island, but the team suddenly goes out of contact. Nishiyama joins a second team to find them and discover that the area around the team's last known position is now infested by mutant bats, one of whom kills a team member. Nishiyama's group finds the remains of the original team, but are disheartened that some of them are barely alive; they are forced to kill the survivors. After cannibals attack the team's dead colleague, they bury all the members.

An SST explodes in the atmosphere over Japan, with the explosion puncturing the ozone layer and unleashing ultraviolet rays below. The polar icecaps melt triggering massive floods in Japan. After more natural disasters hit the country, the civilian populace turns to looting as rationing takes effect. Society breaks down further, with several people committing suicide. The panic escalates until nuclear war breaks out and mutated survivors fight each other for food.

It is revealed that the nuclear war is one of many nightmare scenarios Nishiyama is explaining before the Japanese Cabinet. As the prime minister explains a resolve to find a solution, Nishiyama, his daughter Mariko, and her boyfriend Akira (Nishiyama's colleague) leave the Diet complex.

Prophecies of Nostradamus was released in the United States by Toho in 1979. Toho had been forced to cut the film's runtime from 116 to 92 minutes for international distribution. In the 1980's UPA acquired the rights to distribute the film on home video. UPA cut down the already cut and censored 92-minute version of the film to 72 minutes and released it as The Last Days of Planet Earth. This version remains the only legitimate release of the film to be available in the United States. 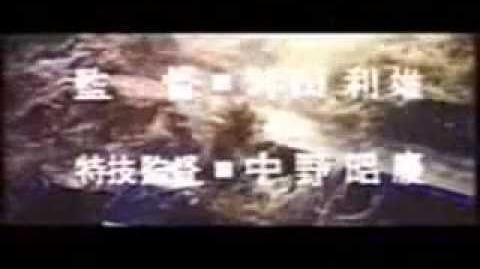 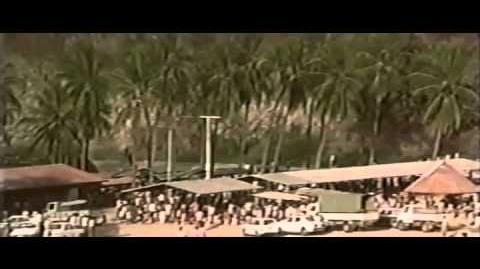 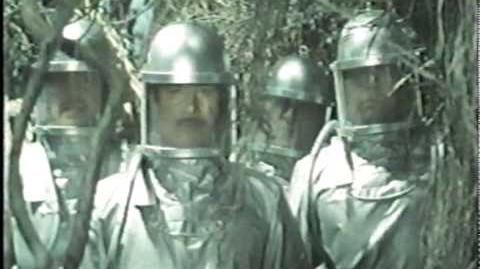