This was director Ishirō Honda's last monster movie before he began writing scripts for television as well, and the first such movie made after the death of special-effects director Eiji Tsuburaya. Teisho Arikawa did the special effects for this film.

A space probe, dubbed "Helios 7," is sent to study Jupiter. En Route to the planet, the probe is invaded by Yog, an extraterrestrial being of pure energy. The probe lands in the South Pacific, where the disembodied alien leaves the device and invades the body of a Gezora, a giant cuttlefish, which proceeds to wreak havoc. When a photographer named Kudo and a small entourage landed on Sergio Island, they are likewise menaced by Gezora. Gezora can generate extremely cold temperatures with its body, either naturally or due to Yog. When it is discovered that Gezora is vulnerable to fire, Kudo and his allies use a leftover Japanese World War II munitions cabin discovered on the island to set the monster aflame. Severely burned, the creature retreats to the water to die.

However, Yog continues its attack by similarly invading and controlling the bodies of two other rare giant creatures, a gigantic crab called Ganimes and a gigantic predatory water turtle called Kamoebas. The two monsters are coaxed into battling each other through the use of bats' natural sonar, which Yog has an aversion to. The two monsters stumble into an erupting volcano and meet their end, destroying Yog in the process.

Actor's name on the left, characters played on the right.

While some fans deride the film as a last gasp of the kaiju eiga genre, others appreciate the fact that the monsters have been scaled down (only being 20 to 30 meters tall), making their interactions with human characters more compelling. 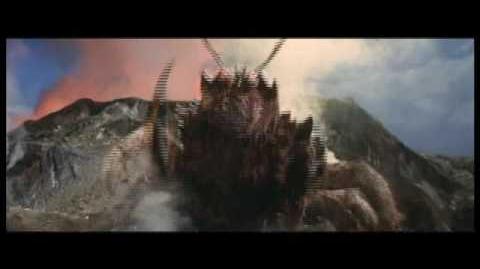 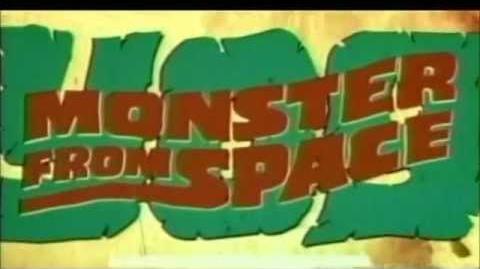 Retrieved from "https://godzilla.fandom.com/wiki/Space_Amoeba_(1970_film)?oldid=285704"
Community content is available under CC-BY-SA unless otherwise noted.