The Mysterians (地球防衛軍,   Chikyū Bōeigun?, lit. Earth Defense Force) is a 1957 tokusatsu kaiju film produced by Toho Company Ltd. It was released to Japanese theaters on December 28, 1957 and to American theaters on May 15, 1959.

The film starts with Astrophysicist Ryoichi Shiraishi, his fiancee Hiroko, his sister Etsuko, and his friend Joji Atsumi witnessing a festival at a local village near Mount Fuji. Shiraishi then tells Atsumi that he has broken off his engagement with Hiroko but gives no reason other than an undisclosed obligation to remain in the village. Then a mysterious forest fire is seen near them. Shiraishi rushes out to investigate and disappears during the confusion.

The next day, Atsumi is at the local observatory, where he meets the head astronomer, Tanjiro Adachi. He hands the doctor a report written by Shiraishi, concerning a newly-discovered asteroid that Shiraishi theorized was once a planet between Mars and Jupiter. He has named it Mysteroid. However, Adachi does not believe in his radical theory and also points out that the report is not complete.

Meanwhile, the village in which Shiraishi was staying is wholly wiped out by a massive earthquake. While investigating the area, Atsumi and a group of police officers stumble upon a giant robot, Moguera. The robot advances on a town near Koyama Bridge that night and faces massive resistance from Japan's self-defense force. However, the conventional artillery and other weapons don't affect the war machine, and the automaton continues its rampage until it tries to cross the Koyama Bridge, which gets detonated, sending the robot crashing to the ground below, destroying it.

At the Diet Building, Atsumi briefs officials on what has been learned about the robot. The remains of the giant machine reveal that it was manufactured out of an unknown chemical compound. Shortly afterward, astronomers witness activity in outer space around the moon. They alert the world to this discovery, and not long after the aliens emerge, their gigantic dome breaking through the Earth's crust near Mount Fuji.

A group of scientists is politely ushered into the dome, where the Mysterians, a scientifically advanced alien race, list their demands from the people of Earth: a two-mile radius strip of land and the right to marry women on Earth. The reason for this is that 100,000 years ago, their planet Mysteroid, once the fifth planet from the sun, was destroyed by a nuclear war. Fortunately, some Mysterians were able to escape to Mars before their world was rendered uninhabitable. However, due to the nuclear war, Strontium-90 has left 80 percent of the aliens' population deformed and crippled. The proposed interbreeding with women on Earth would produce healthier offspring and keep their race alive. The latter part of their demands is downplayed as they admit to taking three women captive and reveal two others that they're interested in, one of which is Etsuko.

Japan quickly dismisses this request and begins the mobilization of its armed forces around Mount Fuji. It's also discovered that the missing Shiraishi has sided with the advanced race due to their technological achievements. Japan wastes no time, though, and quickly launches a full-scale attack against the Mysterians' dome. However, modern weaponry is no match for their technology, and Japan's forces are easily overpowered.

Distraught by this setback, Japan sends their plea to other nations that they might join together to remove the threat of the Mysterians from Earth. The countries around the world answer the request, and in no time, issue another raid against the Mysterians' dome, this time utilizing the newly developed Alpha and Beta class airships. Sadly, this attack fails as well.

The Mysterians then increase their demand, asking for a 75-mile radius of land, as the Earth continues to develop a new method of attack. Earth's efforts in this matter pay off as the Markalite FAHP (Flying Atomic Heat Projector), a gigantic lens that can reflect the Mysterians’ weaponry, is designed. Meanwhile, the Mysterians kidnap Etsuko and Hiroko, causing Atsumi to search for, and locate, a back entrance to the Mysterians' dome.

In the meantime, the Markalite FAHP's are deployed by large Markalite GYRO rockets, and the final battle against the Mysterians' base of operations commences. During the battle, one of FHAP was destroyed by flash floods, and another FAHP was destroyed by second Moguera, which burrowed next to it, causing the cannon to fall on top of Moguera, destroying the robot. As Atsumi, later joined by Shiraishi, who sacrifices himself in a final attack on the Mysterians after learning of their true ambitions, attacks the base from the inside, the Markalite FAHP's assault the base from above ground. Together, the structure is finally destroyed, the kidnapped women are rescued, and the Mysterians are expelled from Earth forever.

A November 1, 1957 report states that Southeast Asian distribution rights to The Mysterians were sold to Shaw & Sons of Hong Kong for the highest amount paid for a Japanese film of that time. Rights to other parts of the world were sold for a record price for a Japanese film to Topaz Film Corporation in February of 1958.

The Mysterians was released theatrically in the United States by RKO Radio Pictures and Metro-Goldwyn-Mayer in May of 1959. The film was advertised as, "The greatest science-fiction picture ever conceived by the mind of man." It was later re-released in July.

After multiple VHS releases over the next half-century, in 2005 Tokyo Shock released The Mysterians on DVD in the U.S. uncut with its original Japanese version and a brand new English Dub recorded by Bang Zoom! Entertainment. This release also included various special features, including audio commentary from Koichi Kawakita and Shinji Higuchi.

In the United States, despite its successful theatrical run, The Mysterians was reviled by critics. The New York Times criticized the film as a generic alien invasion film with "runny color" and poor acting.

Nevertheless, The Mysterians proved to be an influential and vital entry in Toho's library of science-fiction films, inspiring several more alien invasion and space-related movies from director Ishiro Honda, including a sequel, Battle in Outer Space, and Gorath. Koichi Kawakita, later known as the special effects director for the Heisei Godzilla series and the Rebirth of Mothra trilogy, said he was thrilled when he saw this film while in junior high. The Mysterians also inspired him to work in special effects. Fans of the tokusatsu genre often praise the film for its special effects, the introduction of the monster Moguera, and its score from Akira Ifukube.

Toho produced a sequel to The Mysterians, Battle in Outer Space, two years later in 1959. The film is set in 1965 and features some returning characters from The Mysterians, with different actors playing most of whom. This film features a new invading alien race, the Natarls, who engage in a war with humanity in outer space. Another sequel was planned, but it became a standalone film called The War in Space. 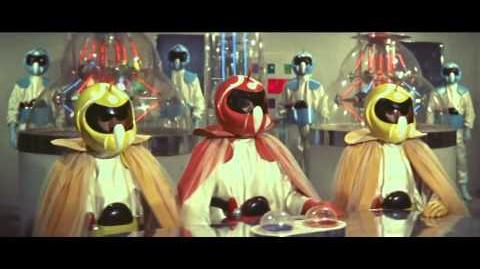 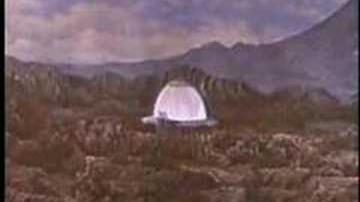 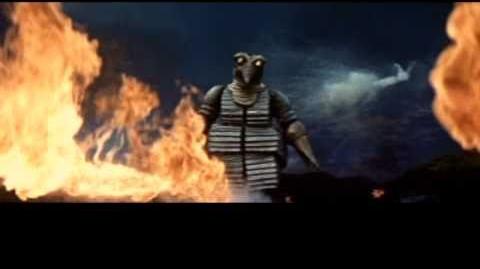