This is your user page. Please edit this page to tell the community about yourself!

The Roars and Sounds of Toho Monsters

The Roars and Sounds of Toho Monsters is a CD track which contains just about every sound effect from Toho's monsters. Each of the monsters sounds are accordingly placed in order from their first and last appearance, there are also a few extra sounds that were featured in Godzilla films but not produced in the previous CD Tracks.

During 2010 Ibarber (creator of Godzilla vs. Koranga) was collecting a few Toho Monster sounds for the soundtrack. He worked effortlessy searching and combining the right material to make the monster's sounds, the first monster he started with was originally Godzilla combining several sounds from the previous Godzillas such as 84Goji and the Godzillas from the Showa period. After this he worked on other monsters such as King Caesar, Mothra and Anguirus, though some were full proof not all the monsters 2010 roars were as efficient to get the crowds attention, after a few months he dropped the project and the movie was on hold.

After a year had passed Ibarber decided to get Godzilla vs. Koranga back on the map, with already a few concepts for the movies antagonist underway along with different forms and appearances for the monsters, Ibarber went back into the production of the movie's CD track. Though he didn't have much in progress he discovered a new program called Audacity which significantly improved his sound mixing ablities, in result creating several new vocals for the monsters (Mothra with new screeches, Anguirus with new growls and roars, King Caesar was giving a few growls that came from Tigers and Lions and etc.) In production Ibarber started doing some of Toho's monsters from the Showa and Heisei eras, in research he observed some of classic Toho movies and listened closely for the vocal of the paticular monster; after which he then worked on the roar and sort of reborned it. Some of his most sucessful sounds was ShodaiMosu, ShodaiRado, ShodaiManda, ShodaiGoro, 62Kong, 84Goji, Bato/Rado/MogeGoji and a few others. A few months had been swell for the SoundMixer some viewers of his work praised him with delight and were astound of his progress (his most difficult work was obtaining lost sounds for Kiryu and FinalManda).

During the mid winter of 2012, Ibarber encountered a side-track in his plan when Youtubers owners had complaints from the Toho Company that he had copyrighted their work (even though there no was copyright involved in which case was a sense of democracy). Before he couldn't even delete his revamped videos of Godzilla movies (the most popular being Godzilla, Mothra, and King Ghidorah: Giant Monsters All-Out Attack) His google account was suddenly inaccessible, the next morning his the once raved MS-Allosaurus was suspended from youtube leaving the young teenaged movie maker in a slump, and tried effortlessy to regain his channel, but with no luck. After this diaster Ibarber (MS-Allosaurus) annouced to some of his fans that Godzilla vs. Koranga was cancelled due to copyright problems with the Toho Company and decided to never open another account.

In 2012 though he vowed to never open another account Ibarber decided that since his fans and friends would miss him and that he missed the sensational website he decided to reopen his account which is now known as TwinsanityUniversity (a reference to the 2004 Crash Bandicoot game "Crash Twinsanity"). He then decided after a few weeks to redo his CD track, though drastically his computer broke and in the result lost most of the sounds he made for the monsters, including the roars he made for his creation (Koranga). After waiting another few months he regained his computer and went back to the production of his project, though with most of his sounds were gone all was not lost, since he put a few on the internet and downloaded them. In aid he was able to obtain a variety the Toho Monster's roars and screeches from his Youtube friend (UltramanCronos) in this attempt if never to get his sounds back would use the CD Tracks he bought from Toho. In this effort Ibarber finally succeded in obtaining FinalManda's Roars and many of the other Final War Monsters and created a few new vocals for them as well (Manda was the first out of them). The Sounds are slowly being created one by one and most are already to be downloaded, but will not release the Track due to copyright problems, indicating that the CD's release is cancelled. But even though it's cancelled he still makes the roars for the Track and ambitiously tries to retrieve Koranga and the other Toho Monsters roars he created back in 2010-2011 to this day. In this attempt he might try to get the MS-Allosaurus channel back up and running, but only time will tell at this moment.

There were a varity of Kaijus for the track each were accordingly placed in an organized position of their debut in Toho's Movie and Game Lineage. Each of the lost sounds that weren't in the track are featured in Toho Monsters track. Ibarber reconstructed a few of these sounds in the best quality and high definition.

Concepts from the postponed G movie, Godzilla vs. Koranga 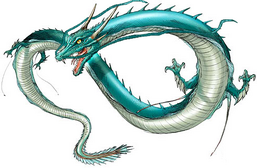 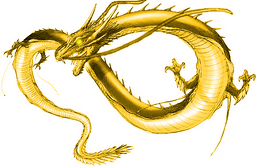 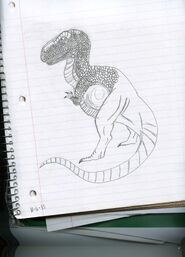 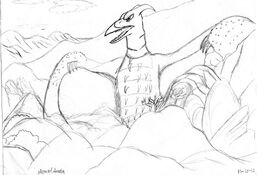 Retrieved from "https://godzilla.fandom.com/wiki/User:Ibarber?oldid=309380"
Community content is available under CC-BY-SA unless otherwise noted.