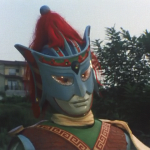 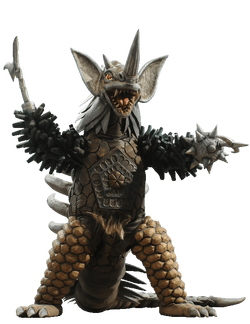 Hey guys, KoopaGalaxain here! I first came across Godzilla when I watched TriStar's movie on the exploits of Zilla and its young. Interested, and wanting to learn more, I typed in the movie's title into the internet and well, the rest is history!

On this Wiki, I mostly work on the obscure things! Stuff like A Space Godzilla, The Luminous Fairies and Mothra, and the Daimajin film articles were all set into motion by myself, alongside LesStudios! You can thank us for cleaning up and making relevant the Go! Godman, Go! Greenman and Zone Fighter articles too!

My favourite Kaiju is Destoroyah, followed by Gigan and Godzilla '54.

My Favorite Godzilla Suits (in no particular order!)

10. MosuGoji
Add an image to this gallery

My Favorite Godzilla Monsters (In Order!)

My Favorite Godzilla Films (in no order!)

Add some radiation, and you get Little Godzilla!

...and then, Godzilla Junior arrives.

Straight from Tokyo, ShodaiGoji is here to give your opponent a beat-down.

But, he's been possessed by the spirits of the Pacific War. Get us the guardian monsters!

Well, this could work too...

However, when these guys get hit by a bomb...

You've got a time-travelled golden dragon of awesomeness!

Be prepared, because you'll regret it eventually...

Neo Hedorah is a fungi to be around.

Some may not like him, but I personally think he's rather cool.
Add an image to this gallery 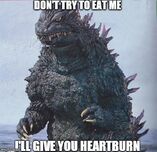 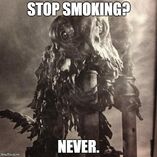 A nice looking King Ghidorah bootleg. Reminds me a lot of the Tokyo Vinyl series.

Is that MireJira I see there? Also, some neat colour variant bootlegs of MireGoji.

A bootleg figure of Showa MechaGodzilla which also has a maze puzzle inside it. This thing is pretty!
Add an image to this gallery

And now, The Gigan Dance.

Retrieved from "https://godzilla.fandom.com/wiki/User:KoopaGalaxain?oldid=302048"
Community content is available under CC-BY-SA unless otherwise noted.