Ever since I watched Godzilla vs Megalon, I haven't seen Megalon since. Has he appeared in another movie? Did Toho stop putting him on the big screen? Or did I just miss a movie starring this Seatopian God? Sure, bring back Gigan and King Ghidorah, but what about Orga and Megalon? If Toho or Legendary doesn't bring back Megalon, Orga, Hell even Titanosaurus and Gorosaurus, 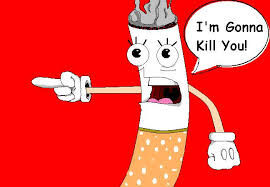 But no,seriously, have any of you people seen these Kaiju 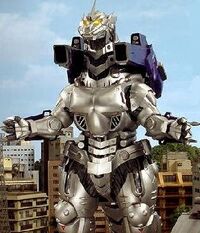 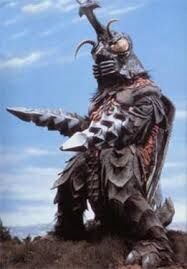 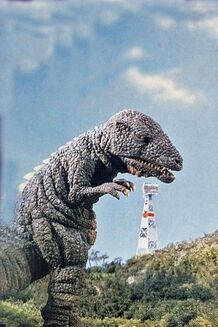 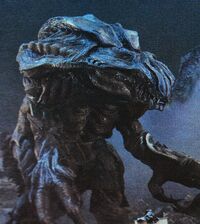 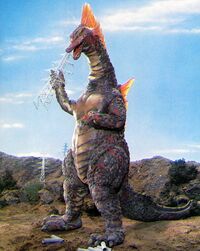 I haven't seen these monsters in a long while. And by long while, I mean 10 freakin' years. I'd be glad if they would make Godzilla 2014 with a Kiryu Exoskeleton. I'd be more glad if they made mecha units of other Kaiju like Mecha Anguirus, Mecha Gorsaurus, but no. The next movie comes out 2018 and I'm gonna be friggin' 17 once it comes out.

I'm not making fun of him, he's always been sort of a role model to me. Be confident, never give up, and never take your anger out on others (unless they're the ones that pissed you off). Godzilla's been around for 60 years, but how long have the others been around? I forget to keep track, but King Ghidorah is so famous that he's coming back in the sequel. But have any of you noticed that Godzilla has had more screen time in other movies than 2014? There's about 7 minutes total of Godzilla scenes in the entire 1 hour and 30 or 40 some minutes of the entire movie. Even MUTO appeared more!

If King Ghidorah, Rodan, and Mothra can appear in the sequel of Godzilla, then there should be another monster of the past that will appear in Godzilla 3 or some other title. Seriously! There's nothing original about the title Godzilla. They used the same title in the God awful movie, yet awesome looking monster, starring Zilla.

Anyway, they should really add a past monster to later Godzilla movies. Honestly, Orga only made one movie appearance and yet a ton more in video game apperances.