Yamato Takeru (ヤマトタケル,   Yamato Takeru?) is a 1994 tokusatsu kaiju film produced by Toho Company Ltd. It was released to Japanese theaters on July 9, 1994.

The film begins with the birth of twin princes. One of the twins is named Ousu, and is loathed by his father, the emperor of Yamato. The emperor is convinced that his loathing of Ousu is a premonition, and he orders the shaman named Tsukinowa to kill the child. But his plans are thwarted by Amano Shiratori, the White Bird of the Heavens. The emperor’s sister views this as a clear sign of divine intervention, and takes it upon herself to raise the young prince.

Years later, when Prince Ousu has matured into a man, he is given pardon by the emperor and allowed to return to his father's castle. Unfortunately, not long after, his mother falls ill and mysteriously dies. This sends his brother into a rage, causing him to attack Ousu, who defends himself and kills his sibling in the process. His father, furious at these events, orders his son to leave the castle and not return until the barbarians living in the Kumaso domain are dealt with. The prince makes dealing with these barbarians his top priority, and quickly takes off. He stops at a shrine on his way, where, after a quick battle, he befriends the beautiful but mysterious Oto, who joins him on his journey. They, along with their companions Genbu and Seiryu, raid the barbarian castle, killing Kumaso Takeru and their god Kumasogami. Following this feat, the prince changes his name and becomes Yamato Takeru.

However, he still fails to win the acceptance of his father, and Yamato's aunt, warns him of a great threat looming overhead. The god Tsukuyomi is posed to return, endangering the Earth, and Yamato Takeru must prepare to halt this from occurring.

Yamato Takeru was released in the U.S. under the title of Orochi, the Eight-Headed Dragon in 2004.

The film did poorly in the box office.

Reception for the film has been very negative from both audiences and critics alike.

On review aggregator website Rotten Tomatoes, the movie currently holds a 38% rotten approval rating from audiences, counting reviews from over one thousand individuals who viewed the film.

Toho Kingdom's Anthony Romero gave the movie a 1.5/5, citing it as "pretty lackluster across the board" being "plagued by a weak script and a hollow cast of characters", with "bland acting, [and] special effects", and a musical score that "would have been more appropriate for a television show". However, he does state that the monsters featured in the film "were well done in terms of details" but "are far less impressive once they are seen in motion". 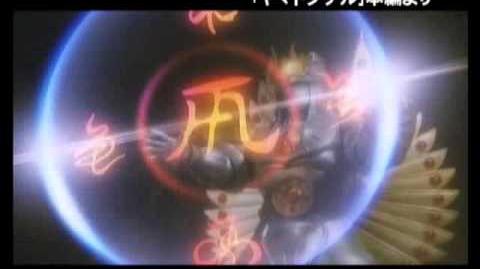 Yamato Takeru (1994) Behind the Scenes